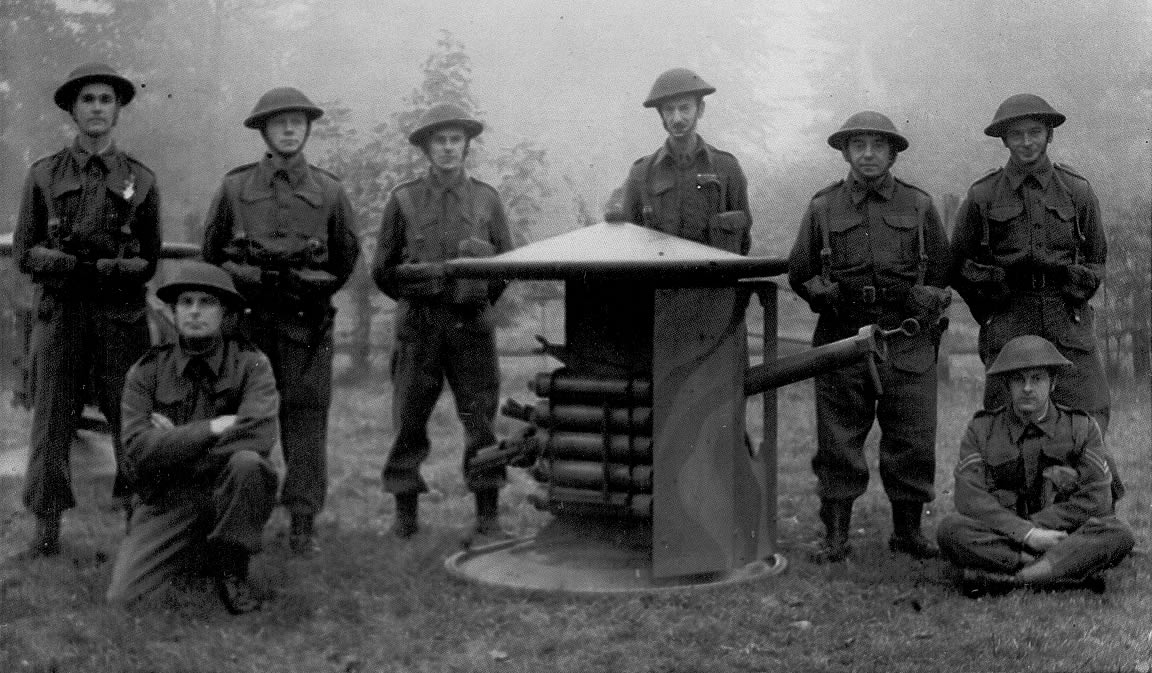 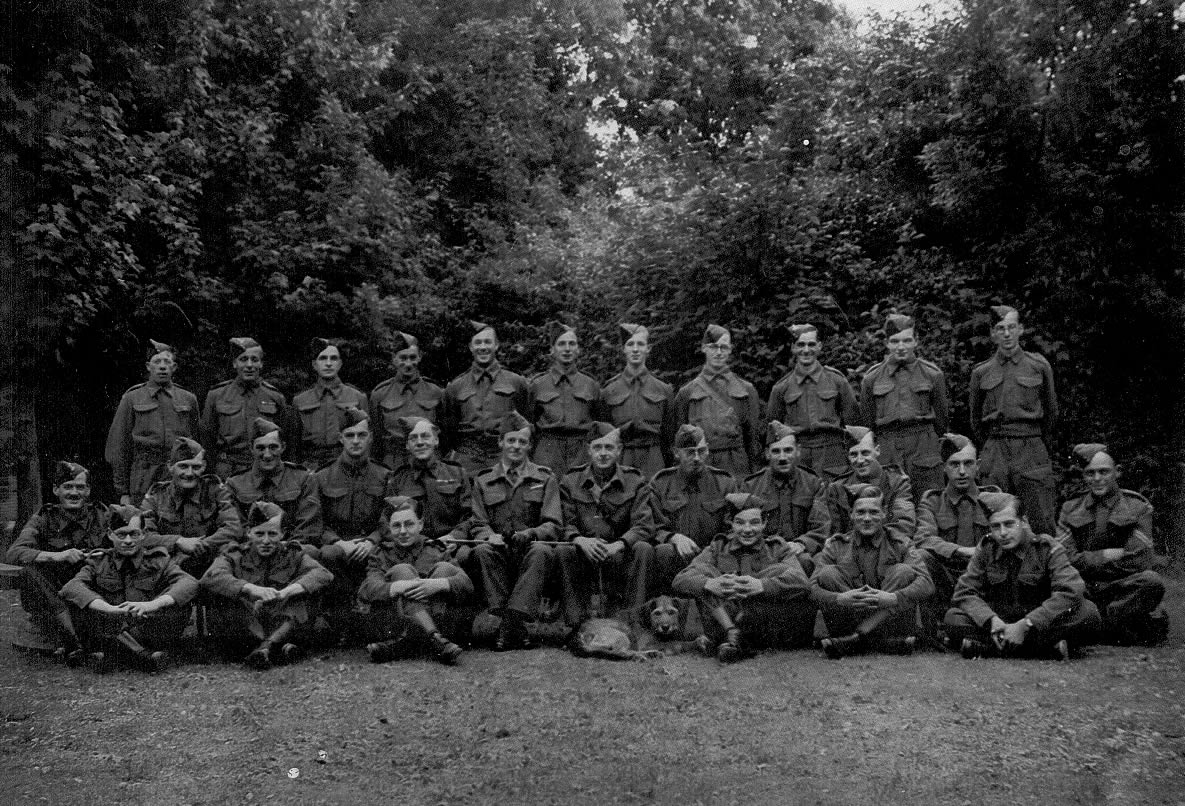 From John Butcher (originally published in a BMRA newsletter Jan 2011)

The above photographs show members of the local home guard, made up from persons we believe living in Badgers Mount, Halstead and Shoreham.

These photographs are amongst those left within my fathers collection, he was Ernest Harry Butcher and our family lived at 14 Johnson's Avenue.

My father had served for many years in the rifle brigade regiment and as a result had travelled to various locations around the world, including Malta and Palestine, where he was badly injured in his lungs and chest, which caused breathing difficulties, and caused him to be discharged, after which he became an electrical engineer, and was very active in the local home guard and St. Johns ambulance, where he taught first aid.

The top picture shows a number of men who operated the defence equipment shown, unfortunately we are unable to put names to any of these.

The second picture, shows the majority and we are able to identify the following persons. From LHS standing the first person we know was the milkman from Halstead, but we cannot recall his name, the fifth person is Mr. Mann living at 10 Johnson's Avenue, the 10th person is Freddy Syrate one of twin boys who lived at Christies Avenue. From LHS seated 5th person we believe to be Mr. Vowder who lived in Hyland Row, my father is the last person, furthest RHS. Sitting cross legged from LHS is Mr. Powell, who lived at 15 Johnson's Avenue, the first person after the dog is Frankie Syrate the twin of Freddy above, who lived at Christies Avenue.

I hope you find the foregoing and the attachments of interest, should you be able to identify any other persons in the photographs, it would be pleased to hear from.
Best regards, John Butcher.